To Kill an Empire

To Kill an Empire is the fifth episode of the unnamed Richard sequel.

News of Aela's whereabouts spread around the city, causing terrorists to begin to hunt for her, and finally put an end to the Nomaly bloodline. 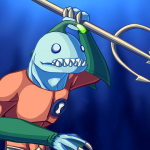